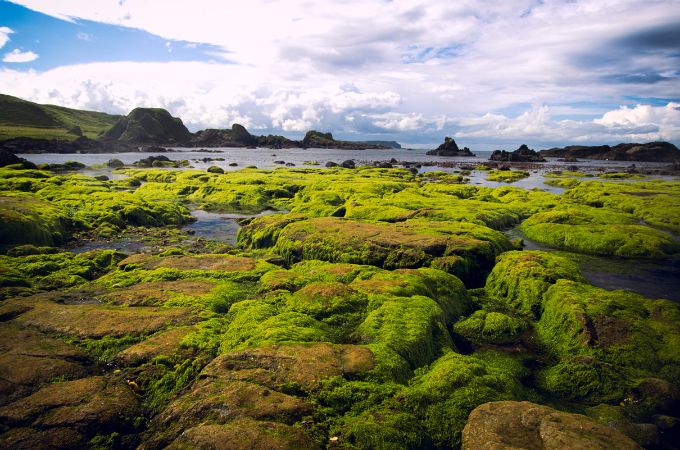 Although it is a small area, Northern Ireland makes up for what it lacks in size. Northern Ireland is home to many attractions, including a stunning coast, beautiful green landscapes and Celtic structures. It also has friendly people and a rich history.

Must Read: 2020 european bucket list 8 things youve got to see

I was pleasantly surprised by the variety of Northern Ireland’s offerings during my recent trip. These are the top ten things you can do in Northern Ireland, including the best in history, culture, and nature.

Legend says that Fionn Mac Cumhaill, an Irish Giant (Finn McCool), fought with Scottish Giant Benandonner and built a path of approximately 40,000 stepping stones that took him from Northern Ireland to Scotland. This was what Benandonner saw and he tore up the path, leaving behind Giant’s Causeway.

If you’re more science-minded, you’ll be interested to know that Giant’s Causeway is made up of interlocking basalt columns, which were formed 60 million years ago from a volcanic fissure explosion. It is located in County Antrim on the North Coast. There’s nothing quite like laying on top of the columns and watching as the sea dampens the rocks below. You should also bring your camera to this top spot for photography.

Take a walk on the Carrick-A-Rede Rope Bridge

The Carrick-A-Rede Rope Bridge was used for more than 200 years by fishermen who relied upon Carrick-A-Rede Island to be one of the best spots for salmon fishing in the area. It spans approximately 20 meters and connects the mainland with the island.

Crossing this bridge will give you adrenaline and an incredible view of Scotland and Rathlin Island.

Cutting Edge Helicopters offers a unique way to view Northern Ireland. There are many tours available, including a Giant’s Causeway Spectacular tour, a Mussenden Temple Experience and a LegenDerry adventure. You will also learn a lot about the history of Northern Ireland.

No matter how knowledgeable you are about Titanic history, a visit at the Titanic Belfast Museum is a must-do on your trip to Belfast. This museum has interactive exhibits about the Titanic, as well as exhibits that honor Belfast’s maritime heritage.

The museum was built on the site that used to be Harland & Wolff’s shipyard, where RMS Titanic was made.

The Old Bushmills Distillery is a must-see, whether you are looking for a tour of the distillery or a tasting experience. You should also try their whiskey jelly, if you have the chance. It’s unique and delicious! Visit Dunluce Castle

Dunluce Castle, a stunning ruin that sits on top of the County Antrim cliffs, has been a landmark since its inception around 1500. The castle was in a succession of family hands before it fell into the sea. It then fell into disrepair.

Enjoy a pint in Belfast

A pint at any of the pubs in Belfast will give you the true Irish experience. Belfast is home to many traditional pubs that will proudly serve Guinness and Yardsman Double Stout.

You can also take a self-guided tour of the street art while you are searching for the perfect pub. There are many great pieces of street art in Belfast, including some with political and cultural references.

Book a Game of Thrones Tour

Giant Tours Ireland offers a Game of Thrones Tour that will take you to all of the Westeros sites and tell the stories.

The tour will take you to The Stormlands (Larrybane Quarry), Dragonstone Cliffs, Fair Head, Ballycastle, Lordsport Harbour, Pyke (Ballintoy Harbour), The Kingsroad, and many other places.

Go to the Top of Cave Hill

A climb to Cave Hill is a wonderful way to see Belfast from a vantage point. It’s also a great place to explore the five caves on the cliffs and check out Belfast Castle. Cave Hill Country Park has a playground and the hill can be found here. It is moderately difficult to strenuous, but the views along the route make it worth it.

The Titanic Quarter is located right on the waterfront of Belfast and features historic landmarks, a entertainment district, and, of course Titanic Belfast. You can visit Titanic’s Dock or Pump House while you are in the Titanic Quarter. Northern Ireland: Where to Stay

The Bullitt Hotel is located in Belfast’s centre and has 74 rooms. You can also grab a Grub to Go bag filled with yogurt, granola and fruit every day if you prefer to eat breakfast at-the-go.

The luxurious At The Beach B&B is the perfect place for you if you love beautiful sea views and long stretches of sandy beaches. The bright and open-concept rooms in this cute B&B will make you feel at home. You should also try their breakfast, which often includes fresh seafood.

Bushmills Inn, located in Bushmills’ Old Bushmills Distillery and Giant’s Causeway, is a luxurious retreat. It was once a Coaching Inn that dates back to the 1600’s. Each of the 41 rooms are individually designed and feature traditional luxury, but with a modern, cozy feel. The property also has a cinema.

Also Read: dancing is the get in shape workout

Slieve Donard Resort & Spa in Newcastle, Ireland is the gold standard for luxury. It is situated on six acres of private land. It boasts 180 rooms decorated in traditional Irish style, spa facilities, as well as close proximity to the finest golf course in the country.